After the awful weather of last year, it was a relief to wake up yesterday to a dry, if somewhat chilly, start to Santa Dash Saturday. 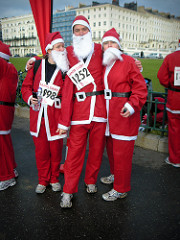 In a similar manner to last year, I hooked up with Seb and we “dashed” around the course together. I’d set the virtual trainer on my Garmin Forerunner 205 with a 35 minute aim which was, if I’m honest, somewhat ambitious. I kept an eye on our pace and it was pleasing to watch the distance between us and our virtual pace setter increase (in the right direction). At the halfway point we calculated we were on about a 33 minute pace – last year I did 33:03 – so we kept on going. The last 1k was tough going, but we kept on and looking at the splits actually increased our pace before managing a “dash” to the line finishing at, a frankly surprising, 30:22.

Richard used his flip video to record some footage which is over at blip.tv (as well as below):

You can still sponsor our efforts. 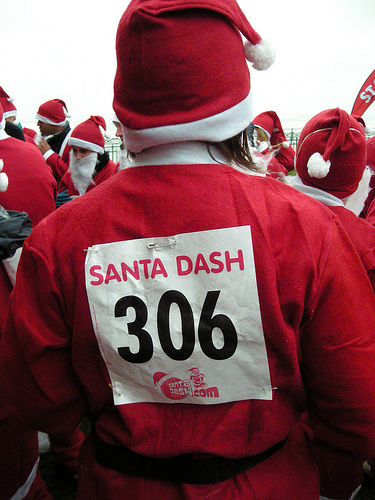 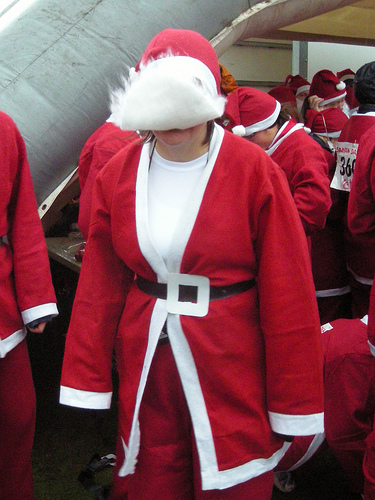 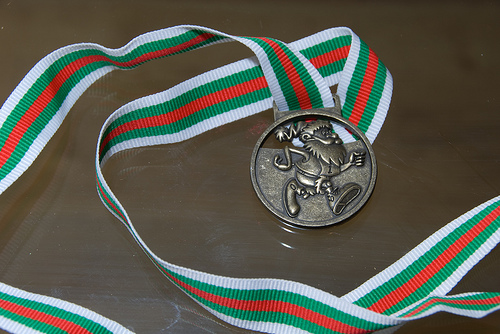 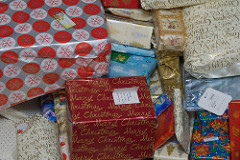 Richard and I have spent the last couple of days with his folks in Margate. We’ve taken a couple of walks with the dog, watched 2 excited great-nephews open their own body weight in presents and munched our way through turkey, sausages, bacon, roast potatoes and plenty of vegetables. Lovely!

The Salvation Army play carols in the North Laines

Santa travels by bus in Brighton

Spotted in Habitat – Tree lights and reindeer lights – shame we’ve got nowhere to put any.