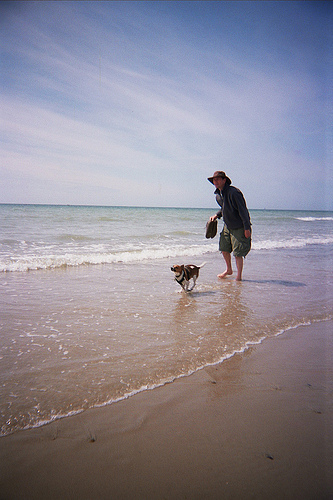 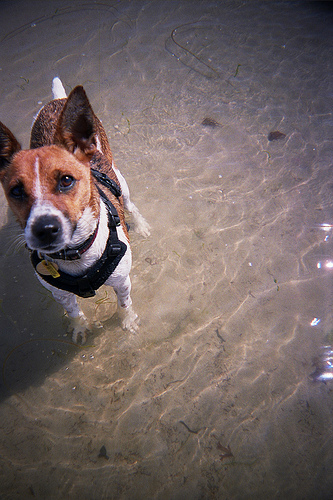 Every few weeks or so during summer one of the Madgex guys, Steve, organises mountain bike rides after work. They’ve always sounded a bit hard-core but this weeks was accessible for us lesser mortals (or maybe just me :-)). The hard core bunch left the office and headed over the downs via Devil’s Dyke (I think) and down to Shoreham. I got on the train and arrived at Shoreham station all refreshed and ready to pedal.

I switched on the GPS unit to start recording where we were and we headed off along the River Adur for 40 minutes or so until we got to the Bridge Inn at Upper Beeding. Here we stopped, refueled on beer, soft drinks and crisps for 20 minutes before heading back on the other side of the river and back to Shoreham. We waved goodbye to 2 of our party when they decided to head off back via Devil’s Dyke – nutters!

On getting back to Shoreham someone pointed out that actually it was only another 15 – 20 minutes to cycle back to Brighton, and would probably wind up being quicker than the train – so that is what we did.

Total (according to Sports tracker): 15.4 miles
Time (not counting the break at the pub when I paused the unit): 1 hour 48 minutes
Route: See the map

I took Jane’s phone on a short cycle ride this morning to see how the Nokia Sports Tracker works when combined with the 6110‘s built in GPS. You can dig around the route on Google Maps.

It’s looking like the accuracy is OK (good enough) when away from buildings; and pretty wonky when in town. It doesn’t have the accuracy of our Bluetooth GPS unit, but it does have the considerable advantage of being a nice all in one unit.

We’ll give it a go on a snowy mountain: it should be great for tracking a run down a mountain.