Whilst I was walking along the South Downs with Richard and Skitters early today, I was struck by how much I love living in Sussex, and how much more I’ve seen of it in the past year.

We first moved here in 2001, and at that time our priorities were being close to a train station, and being in the centre of town – both because, at that time, I was commuting into Farringdon on a daily basis. Over the first year we made excursions out and about, especially when we had visitors.

Over the next few years, we did quite a bit of mountain biking, and discovered lots of lovely trails which could be accessed either directly from the centre of town, or by getting on a train.

These days we load the dog and ourselves into the car (mostly) and head off in search of views. Over the past 9 months, we’ve visited many areas of Sussex, from Camber, to Friston Forest and the Seven Sisters, to the River Adur. This weekend has seen us walk around Devil’s Dyke and around Stanmer – both accessible by public transport. This afternoon I lost myself in the hills, and dales, the valleys, the trees, and was happy. 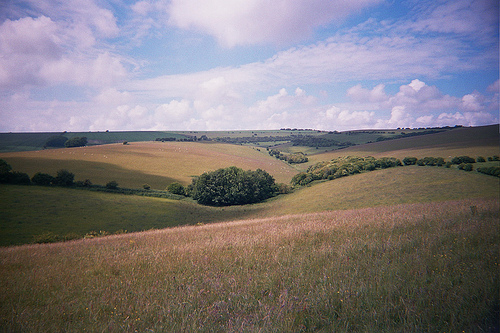 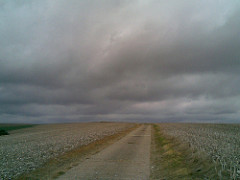 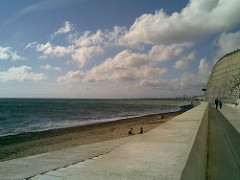 So, since I last mentioned climbing I’ve progressed well. I finished the course, having a futher 2 sessions, both of which were led by the excellent Ross who taught really well. I’ve continued to attend every week, and so Wednesday evenings will found me in the bouldering area progressing. This evening I had the opportunity to watch a couple of excellent climbers climb elegantly on routes that I’m troubled with. My upper body strength is improving, as is the strength in my fingers but I still have a long way to go to be able to climb with the grace and precision that I’ve seen – still progress is progress and every week I’m managing to achieve more difficult routes.

Last night Jim and I headed off to the Evolution Indoor Climbing centre to attend the first of a 3 part Centre Induction Course. The centre is about 5 minutes away from work and opens from 2pm so should be a good after-work activity. It has been nearly 20 years since I last did any climbing, and that was very spasmodic, so this course seemed like a great way to get back into the swing of things. The evening started with us warming up by traversing, then moved on to knots and how to connect yourself/your harness to a rope for climbing before moving on how to belay. After the theory was done, we put it into practice and spent an hour or so climbing. The last few minutes we spent in the bouldering area learning how the grading works. A great evening, looking forward to next weeks course.