Another family related newspaper clipping, this one relates to the death of my Great-Great-Grandfather (I think) in 1875. Again, preserved by a family member, and transcribed by me.

A shocking accident occurred at Cliffe, on Wednesday morning to a railway porter named William Varley employed at the Hemingbrough station, whereby he lost his life by being run over by a pick-up goods train from Selby to Hull at 7.43 am. The poor fellow had been to to the distance signal towards Selby, and in returning with the lamps when near to the Hemingbrough station, he attempted to cross the line in front of the train which was drawing up slowly, but was not quick enough in taking his second step, and was consequently knocked down by the buffer-plank of the engine, the wheels of which ran over him, completely severing the head and right arms from his body. The deceased was much respected, and had been in the employment of the company between six and seven years, being the greater part of that time stationed at Selby. An inquest was held in the afternoon at the house of Mr. Pratt, before Mr. Coroner Taylor, Wakefield, and a responsible jury of which Mr. Keighley Barton was foreman. The body having been viewed by the jury, the following evidence was adduced :- Mr. Wm,. Varley, father, Wistow Lordship, swore to the body being that of his son, which he has last seen in good health at Wistow three weeks ago. Witness said deceased had been used to the railway business for the past six or seven years, and appeared to be perfectly comfortable with his family. Deceased was 27 years of age. John E. Smith, signalman at Hemingbrough station, said he saw the deceased in the morning about 7 o’clock in the porters’ room. Deceased did not appear to be at all depressed in mind, but as cheerful as usual, and was perfectly sober. Witness then went to his cabin, and did not see any more of deceased until he saw him go to the distance signal lamps, &c. He saw deceased attempt to cross the line in front of the “pick-up” goods train from Selby to Hull, which was due at Hemingbrough at 7.43 am, but as he was taking his second step he was caught by the buffer-plank of the engine and knocked down. Deceased, witness believed, was caught on the shoulder. He saw deceased fall, and afterwards saw his body or the wheels roll over and over. The train was going very slowly, having not quite reached its regular place, as in the ordinary course of things it would have gone 50 yards further. Deceased was coming from the north to the south side of the line near the station with four lamps in his hands and arms. It was quite light at the time. As soon as witness saw the deceased knocked down he immediately informed the station-master. By the foreman : I have never known deceased to have too much drink. By the coroner : Deceased, just before attempting to cross, took a side look at the train, but was not quite quick enough in crossing. Thomas Sweeting, an under-porter at the railway station, said he saw deceased in the morning at half-past six o’clock, he was then in his usual health. The further evidence of this witness was in corroboration of the last witness, and the jury, considering other evidence being unnecessary, returned a unanimous verdict of “Accidentally killed”. The jury very kindly gave their fees, adding something more to it to the widow of the deceased, who also leaves three children. Mr. G. Brown, solicitor, of York, watched the enquiry on behalf of the company, but no blame appeared to be attached to any person.

At some point in the past, a clipping of my Grandparents’ wedding had been sent to Grandma’s cousin in the US. A few years ago, they sent me a copy of it. I transcribed it and so here it is.

The wedding took place at All Saints’ Church, Margaret-street, Hull, on Saturday of Mr John William Duffield, second son of the late Mr and Mrs John Duffield, of Hull, and Miss Sallie Garnett, daughter of Mr and Mrs Robert Garnett, of Northumberland-avenue, Hull. The Rev J. Jiles officiated and Mr Dove was at the organ.

The bride, who was given away by her father, wore a gown of filmy white georgette with fitting corsage enhanced by the addition of an artistically designed yoke of angel skin lace. Her anke-length skirt fell into rich billowy folds and was edged with a deep flounce of angel skin lace. An underlining og stiff net emphasised the fullness of the skirt and her lace coatee had well-cut sleeves with soft folds of white georgette.

A handsomely embroidered veil of tulle was worn, and was fashioned into a head-dress effect, held in position by a coronet of orange blossom, and falling into a train down to the hem of the skirt. The bouquet was of pink roses.

The tiny attendant had a Victorian gown of shell pink satin and carried a wee posie. Her head-dress consisted of bands of flowers.

Miss E.Garnett (sister of the bride) was gowned in russet ripple crepe, the bodice of which featured a V-neck line of parchment crepe with reveres of russet and grey. A decorative bucke clasped the belt, and the skirt was composed of godets. A hat of tonings to match was worn.

The bride’s mother was attired in a smart gown of black phantom crepe, tastefully trimmed with magenta-hued crepe. The corsage was drape and the figure and the skirt slightly flared at a low line. Her hat was of pedaline straw.

A reception was held at the bride’s home after the ceremony.

The bride’s ensemble and those of the bride’s mother and sister were supplied by Pixie Berks, 32, Prospect-street, Hull.

Transcripts from the Old Bailey (from 1674 to 1913) are now online, which has generated plenty of press.

As I suspect many others have, I went searching for references to my family name and I’ve found a few…

It’s worth having a dig around the site for some of the history to the publication. For example, the Proceedings were popular (“…in the opinion of many people one of the most diverting things a man can read in London”) until the rise of newspapers, and even carried advertising for a while. 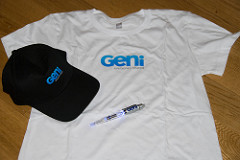 I blogged about Geni a few months ago and had quite a few email conversations with the guys from Geni off the back of that blog.

Since then Richard’s family have really taken to Geni, and have added a couple of generations to their tree. They’ve found it really usable and seem to have enjoyed adding photos etc. Still no GEDCOM import yet for me though 🙁

Today, a box of goodies arrived from Geni for me, thanks Geni!“

I did quite a bit of work on my family tree years ago and bought a copy of Family Tree Maker at the time. Since then I’ve installed it on machine after machine until now, when I have a mac and don’t want to install parallels just to run a very old version of FTW. Instead I downloaded a copy of MacFamilyTree which is quite a pleasant application, and works well with the GED file exported from FTW, but seems to be short on a couple of useful features whilst still in demo mode, and until I know what those features are like I don’t particularly want to spend $50.

Yesterday Aral twittered about Geni and Richard quickly sent me the link. It looks like quite a nice way to get a quick visualisation of your family tree, and is very usable, allowing you to invite other members of your family to contribute. Unfortunately for me there is no way to import GEDCOM files yet and until then it won’t become a usable solution as I’m not about to retype 150 or so peoples data in. Sigh!