After only recently getting into “Stargate: SG-1”, today we learn that there’s going to be a movie (Stargate II) featuring the cast of SG-1. Hurrah. But… they won’t be making any more SG-1s after series six. Boo. But there will be a spin-off series, called Stargate Atlantis. So all is not lost, and anyway… as we’re only just watching series 1, we’ve got a lot of catching up to do. 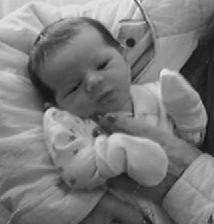 Congrats to my neice, Sarah. She gave birth to her second son — Jack William — yesterday. For a while there he was Baby Without A Name, and his brother, Reece, had come up with a choice of either “Scooby Do” or “Bob The Builder“…

It has been pretty windy around here lately, and yesterday I cycled home along the sea front. What was quite interesting was that the sea had been so powerful that it had picked heaps of pebbles off the beach and dumped it on the promenade above. Really bizarre!

Of course, our weather has been mild compared to the North of England, Scotland and Northern Ireland – for more information, see what the BBC News had to say about it.

Seeing as how we’re doing more cycling, we thought we’d buy some proper cycling clothes. Someone had recommended Ground Effect to us despite them being in New Zealand. We had a look at their stuff, and it certainly looked a bit cooler than some of the other manufacturers, and a whole lot better than what we could find in the shops around Brighton. We made our order on Monday evening, and today the first set of clothing arrived – a pair of Tom Thumbs (cycling shorts), some Witches Britches, a Presto top and a pair of RanchSliders for Richard. We’re pretty impressed with the delivery time – half way around the world in 4.5 days. Hopefully, it’ll stop raining before tomorrow and we can try some of our new purchases out.

A couple of days ago I had my first fall from my bike. I was cycling with Paul along a route we’d done before, and we were going down a very muddy patch in a lightly wooded area. For some reason my front wheel had become a mud magnet and it was collecting leaves and mud and all sorts until it clumped together at the fork and stopped my wheel from turning. Paul found a quick exit from the muddy area via a short steep slope. I decide to follow via a similar route after first clearing some of the junk from my wheel.

With hindsight I probably should have really made sure my front wheel could turn before going down the slope… but in truth the slope was a bit too steep for me. I started the decent and my front wheel slid rather than turned. My instinctive reaction was to slam on all both brakes (for the record, this is what we call a mistake). It was at this point that my bike went left and I went over the handlebars to the right. In my minds eye I looked a bit like superman — hand out front — but my fall probably had more in common with flailing than flying. My thoughts were: “Hmm, I’m heading towards the middle of a clump of brambles. This could hurt”. And by hurt I had slashing and blood in mind. In fact it was quite a soft landing, but a bit of a tangle. I’ll have no hesitation in diving into brambles again. Should it be called for.

So, first fall and nothing really bad happened. My lesson from this one is: never cycle alone (thanks, Paul, for pulling me out of the brambles). Paul’s suggestions: next time we’re out, we should maybe bring a first aid kit and a disposable camera.

Simes and Stuffy had a little girl on Thursday afternoon. I got a text message from them this afternoon whilst we were out cycling near the racecourse, it was kind of nice reading that whilst looking down over the sea.

I saw my first Brighton celebrity resident yesterday. Paul McGann was in Borders waiting whilst a member of staff giftwrapped his books for him. Nobody was pointing, or staring, it was all typically Brighton – chilled.

On the way to the airport to fly out to Malta we listened to the first half of Rolf Harris‘s autobiography, Can You Tell What It Is Yet. When we got back I discovered that Rolf has (or had) a club on Malta. Spooky. If only we’d known when we were out there…. ”

Paul, Richard and I took our mountain bikes out yesterday for a ride. We decided we didn’t want to do a long ride as Rich was recovering from a cold, and I’d been cycling to work and back during the week. So, we left Paul’s place in Kemp Town and headed off along Roedean Road. Then we headed off the road on a bridleway passing Brighton East Golf Club (this was a pretty steep hill), and onto a muddy track to the top of Red Hill. We had a great downhill stretch, although I wasn’t brave enough to let the brakes off too much as there was so much mud about and I could feel my back wheel slipping away under me. This was a really good bridleway, and brought us into Ovingdean. We cycled through Ovingdean and joined another path heading towards Rottingdean. We had a short stop at Rottingdean (next time, we’re going to take bike locks with us so we can have a quick pint or something similar – although we were all pretty muddy by this point and so might not have been welcome at some places) and then cycled along the Undercliff path back to the Marina. We cycled through the Marina Village and then along Marine Parade. Paul headed off back up Dukes Mound to his house, and we cycled along the seafront to ours. This was a really good route, and I think we might be trying similar routes again as there seem to be a lot of good tracks around the Ovingdean, Rottingdean, Woodingdean areas.

We used the Explorer 122 Ordnance Survey map to plan and follow our route.

We had a quick break last week, and went to Malta for a few days. The photos are now up, as is the travel report.

Generally though it was nice to get a break, especially after all the entertaining we’d done over Christmas, even though Malta wasn’t quite as warm and sunny as it normally would be in January.