Is there anything that can’t be Abba-ified? I suspect not after noticing that June 10th is Brighton Racecource‘s “Thank you for the races” Abba night.

I quote: “This Super Trouper Evening will include a Live Tribute Band, competitions for the best dressed Abba character and drinks promotions all night – Mamma Mia this is a night not to be missed!”

We popped into the Tate Modern at the weekend, mainly to admire the wonderful feeling of space that has been created in the Turbine Hall. 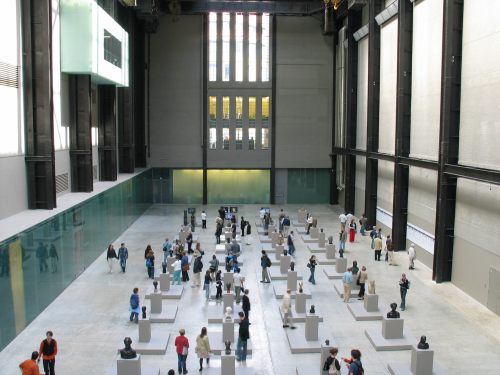 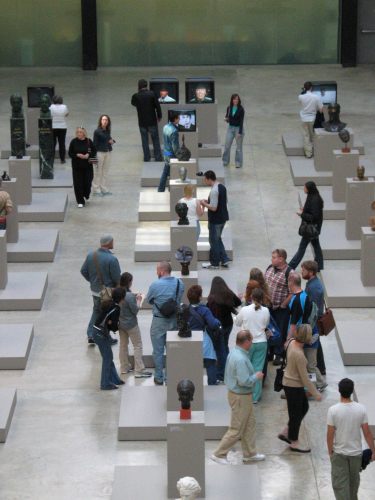 This is just my kind of thing: Cloud Dynamics: Perspectives from art and science, but I’m already busy so won’t be able to go.

As far as I’m aware 100% of children want to be astronauts (and also, possibly, some slightly older people who should know better). Now they have a survival guide from Emma. As she says: “Whether you want to join the elite corps of highly trained astronauts, or hand over giant wads of cash to pay for a ticket on a spaceship, you’ll need to be prepared”.

The last seven days have seen: our first beach BBQ of the year (pictured); our first drift-down-to-the-beach-of-an-evening-for-a-beer night of the year; and our one and only Brighton Festival event of the year, which was to see Richard Dawkins and Lalla Ward.

I’ve just seen an article on TheBoarder about a charity event happening at Castleford Xscape snow dome in June. It involves dressing up in a gorilla costume and snowboarding/skiing with the intention of completing 100 miles in an hour between all the participants. The snowboarding bit doesn’t seem so bad, but managing to get on the poma lift dressed as a gorilla sounds hard. Good luck to all those who take part.

I was amazed that I could get GPRS service on my phone while in Canada. GPRS meant I could send and receive email. Ok, it wasn’t terrible fast 5,760ft up in the middle of nowhere, but it worked, so naturally I bcc:ed a few people photos I’d taken with the phone. So much more personal than a default postcard, IMHO. And faster. Probably not cheaper.

Today I received the same back from a friend on holiday in Greece, so I can confirm that, on the receiving side, I prefer this to postcards.

I’ve been looking after the Brighton Bloggers site, and consequently this morning got an email from someone wanting a blog added to the list of Brighton Blogs. The email said “BEACHED is a photographic Blog chronicling life on
Brighton Beach, England during British Summertime 2004.” Great concept, and so far it’s quite lovely.

I’ve just finished reading another couple of autobiographies. The first was “Pretty good for a girl” by Tina Basich and the second was “It’s not about the bike : My journey back to life” by Lance Armstrong.

Both are about sporting personalities, Tina Basich is a snowboarder who was one of the pioneers of female snowboarding and successful too having won many events including the Big Air competition at the 1998 Winter X Games, Lance Armstrong is a very successful cyclist having won the Tour de France 5 times despite (or maybe because of) fighting through a major illness.

Both were well written, both had poignant moments, both of them are inspiring. I might add “Every Second Counts” by Lance Armstrong to my wish list.

So it looks like the West Pier (the remains, I mean) will be demolished. The Heritage Lottery Fund withdrew their £14m funds when the West Pier Trust asked for another £5m. After fires and weather damage, they couldn’t justify spending the money.

Who is going to pay for the demolition? I guess that I am, along with all the other council tax payers in the area. I was just trying to figure out what an estimated £2m demolition fee would cost me. It’s not easy to work out…

Brighton receives around £67m+ in council tax revenue (PDF report), from a population of 248,000. Guessing at four people per property, that makes 62,000 homes and an average council tax bill of £1,092. Seems a little high, but let’s run with it.

That means a demolition would add £32 to the average council tax bill. Or… how about considering the restoration as an investment? £19m contribution to a rebuild as a tax would add about £102 for three years (I’m assuming it’s going to take a while to rebuild the thing). Doesn’t sound so bad, but I’d need to see the guesstimates for the return on that investment to make sure the tax bill goes down in subsequent years.

I know all these calculations are naive, but it’d be interesting to see them run by someone who understood the politics, processes and accountancy.