Moose, public-spirited graffiti artist, cleans up: “His method is to take any dirty inner-city wall or pavement, place a template over it and scrub the concrete clean, revealing an image as sharp as any spray paint”.

I don’t know what it is, but something about this story makes me feel like we’re living in a William Gibson novel.

In last Wednesday’s FT, there was a short article I liked: “…stereotypes such as “anoraks”, nerds or geeks […] are inaccurate. Corporate techies tend to be much graver in disposition. There are parallels with catering in that the more prestigious the restaurant, the ruder the waiter. Generally speaking, that is how it appears with senior techies.”

“Their apparently lack of social skill is not (always) related to arrogance or shyness, it is more to do with the fact that they get paid to make very far reaching decisions and so their responses tend to be very considered and bereft of small talk. Try asking a technical architect if they would like a coffee. The delay in their response is generally proportional to the seriousness of the consideration they are giving your questions and not a sign of contempt.”

“They are blessed with a job that is truly creative. […] If you want a senior techie with both business and technical skills be braced to pay royally. Such people are rare, but have the power to truly align your IT investment with the needs of your organization. So it’s worth coughing up.”

“They [techies] are attracted by problems because their game is solutions. […] With senior techies you are advised to show off your difficulties. A nice touch would be to suggest that your problems are unsolvable.”

Living by the sea-side means you sometimes get some lovely strong winds. Lovely, that is, unless you’re a derelict pier….

We’ve shown quite a few pictures of the pier, so why stop now? The BBC have the full story that the concert hall on the Victorian structure, which survived two fires and previous gales, fell into the sea today.

In case you’re wondering, on calmer days it used to look like this.

Some friends have just had a baby boy, to go with their already lovely daughter. A couple of years ago we sent a lovely bear to some other friends through Hugs and Cuddles. Unfortunately, the bear is out of stock at the moment, and so I started looking around for other cuddly toy sites – and interfauna is the winner. Not only has it a fantastic name, but it also has a massive range of animals – even a jellyfish, . This time, however, the red panda wins.

Geek moment: everything you want to know about Mac OS X.

Absent Friends is a great album. As a CD, it’s terrible. Let me explain…

Someone, somewhere, in their wisdom has decided that this CD would be “copy controlled”. That means “on some equipment, for example car CD players, playback problems may be encountered”. I guess our experience of “it not working at all” counts as a “playback problem”.

So: I put the CD in my laptop, ripped the CD, and then wrote a new audio CD, and it works properly in the car. Should I bill EMI for my time and materials?

This isn’t particularly new, but it’s so annoying: I’ve paid money for the music, why can’t I be allowed to play it where I want? Anyway… dumb is the only word I can think of for this situation.

BBC News have a helpful article on how to avoid getting an injury when watching football on the tv based on a factsheet provided by The Chartered Society of Physiotherapists [warning: very slow website]. It recommends “In a situation when you can reasonably anticipate a goal, prepare your body by getting up off the sofa carefully so that you are already standing and then you can jump up and down, instead of springing off the sofa”, as well as making sure food and drink are nearby to avoid incidents through “lunging”. It must be a slow news day!

Cambridge Footlights is famous for churning out the famous. Except the year when we went. For some reason the following haven’t (yet) become Big Names:
James Bachman, Katie Breathwick, Liz Hurran, Daniel Mazer, and Robert Webb.

But hey, Big Name-ness isn’t everything, and we had a great time. Shame the show appears to be lost. Not even google can find me the lyrics to “Whales should live in Wales (There’s no whaling ships in Aberystwyth)” and other could-have-been hits from the show. 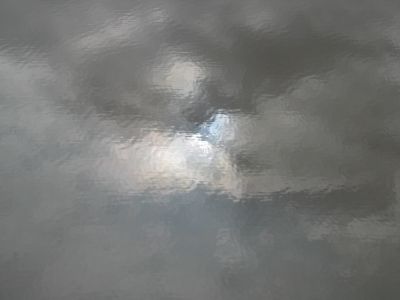