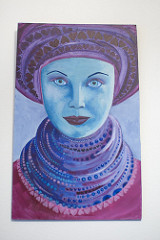 I bought my first ever open house art purchase during this years Brighton Festival.

She is called Valentine and was painted by Sioux Hurman.

I spotted this picture the day I first visited the Shadow Box Open House in Tidy Street. She is just so vivid and eye catching. I dragged Richard back with me the following week, just to make sure he didn’t hate it and that if I bought it, I could have it on display and not tucked away at the back of a cupboard somewhere…

He approved, I bought her and on Sunday I collected her, and brought her home. She is now happily hanging on the wall in our hallway.

We’ve just finished watching Happiness of the Katakuris: I need a new word, one that describes amused bewilderment. One to file under comedy/musical with some horror.

When I was in the US a few weeks back, I took my laptop and as a result managed to mostly avoid watching US TV. What I found myself doing was watching a bunch of video podcasts that I had somehow accumulated. Things like Mobuzz, Snowfix and the currently off-form Tikibar TV, etc etc etc. Although I’ve been subscribed to a bunch of these for a while, what’s creeped up on me is the quality: they’re really good! (I shouldn’t be so surprised). And there’s lots of them.

So when people talk about the nature of TV changing, I’m starting to think they might be right. 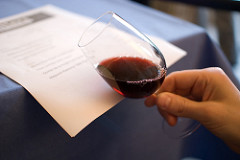 Last night we attended the first Geek Wine Thing organised by Danny and held at the Regency Town House.

Henry Butler from the Butlers wine cellar led the tasting, and for the cost of a tenner we tasted 8 different Spanish and Portugese wines. As a total novice in the wine tasting world, it was interesting to learn more about how to smell, look at and taste wine. Henry was an excellent and enthusiastic teacher.

The tasting started off very quiet and subdued, but before too many glasses had been consumed we got noisier and noisier.

The wines we tasted were:

The white wines were split into unoaked (the first 2) and oaked (the second 2) with one each from Spain and Portugal. As usual I preferred the unoaked – so another nail in the coffin of oaked wines for me.

Next time, and I hope there will be a next time, I’ll try and remember to bring a pen to make some notes, as somewhat unsurprisingly I don’t remember too much beyond the first couple of glasses 🙂

As usual, my photos from the evening are all on flickr. 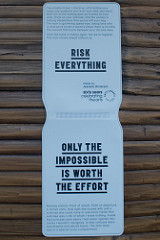 Art in your hand
Originally uploaded by Jane Dallaway.

I read about the arts council‘s Art in your hand idea quite a while ago, and applied for one but didn’t really expect to hear anything. Yesterday, however, my new shiny new travel card wallet arrived. A bit different to the usual dull blue plastic. My Oyster card looks quite at home in it.

After the success of last summer’s World Cup fantasy football league in the office, Adam organised this years league. And I won it. So I’m very pleased indeed.

In the New Scientist league, on the same site, with the same team I came 6th out of 11 (I beat Richard tho ;-))

Well, it is festival time again here in Brighton, and so today I headed off in search of the Streets of Brighton, open houses and more of the 41 places installations.

Despite having lived in Brighton for 5 festivals, I’d never ventured into an open house until today – and I’m converted. I visited 3 and found them all to be of a really high standard. The first was Rod Clark. 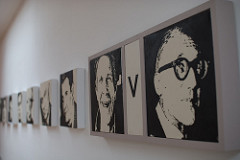 The second and third were both down Tidy Street. They were Shadow Box and SQ1. 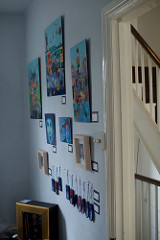 I will be visiting more of them. 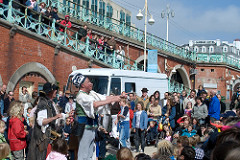 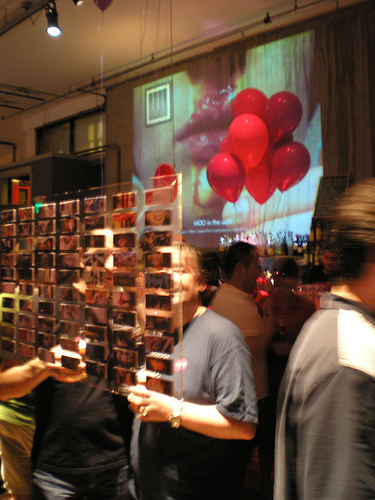 The MOO people put on a great party. So, happy 1st birthday to them. Great location, great bar, great deco, great people… yay. I have more photos but you really want to see the photos everyone else took, which were much better. 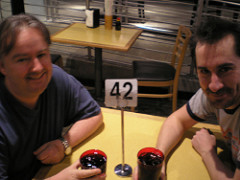 I’m back in San Francisco for the JavaOne conference. I think it’s either the 4th or 5th visit to the city. The trip over is something like 10 or 11 hours, and I don’t have a great time on such long flights. Towards the end I was wondering why I put myself through this, but then I snapped out of it and realized what a very lucky boy am I to have the opportunity to go fun places. It’s just a pisser being away from Jane for a week.

Ever since I left the house I’ve had a nagging “I’ve forgotten something” feeling. Somewhere above Canada I realized that it was the snowboards. All the other flights I’ve been on recently have been to snowy places, lugging lots of kit around and it just seems weird to land in a city and not immediately head towards a mountain.

The conference starts tomorrow, so today covered all the usual things such as saying “my body doesn’t work” or “I don’t remember San Fran being this warm” and trying to figure out when to eat and drink to try to flip into the time zone as fast as possible. We’ll be just about right by the time we fly back out. 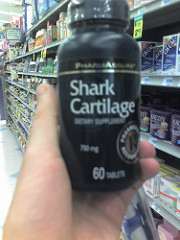 We’ve picked up all the registration stuff, and had a bit of time shopping. Looking at lobsters (fun), checking out the Sony Reader (impressive screen, but unusable device), wondering who, exactly, needed shark cartilage as a dietary supplement (answer: nobody), and being overly happy about ordering noodles and being given 42 as our order number.