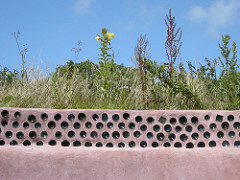 I attended a talk several years ago about the Earthship concept, and have been meaning to join one of the regular tours to the Brighton Earthship but just never got around to it. When I spotted the tour as part of the eco Open Houses it just seemed too good an opportunity to miss.

I found it hard to justify driving to Stanmer Park to go and visit an eco property, so we got the bikes out and pedalled off to Stanmer House where the group assembled. There were probably around 80 people so we split into two groups and walked off through the Stanmer Organics plots towards the Earthship.

As John, the tour guide, was telling us all about the building process, and how the earthship works, I got to wondering if there were any you could stay in anywhere. My question was answered inside as there was a leaflet – “Eco Home Holiday Rental – the house that runs itself” – in Ger, Normandy, France. Sounds like a great way to experience “off the grid” living without committing to it for the long-term. 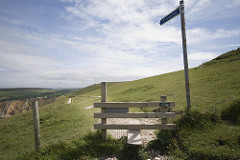 Last weekend Richard and I headed over to the Isle of Wight for the weekend. I’d never been before, and Richard doesn’t think he has been either.

We based ourselves at the Godshill Park Farm B&B, a lovely, relaxing place a short (10 minutes or so) walk from the pretty village of Godshill and its many eateries.

We spent Saturday mainly along the South Coast – concentrating on the New and Old Batteries at the Needles, as well as various bays along the way. We spent Sunday around the West Coast up to Cowes, ending up at Sandown, and then spent Monday on the East Coast up to Ryde and ending up on the ferry.

A really lovely weekend, and a feeling of England in the 1970s. We’re hoping to head off over again, maybe without the car next time, as the Island line train service combined with a plentiful bus service and the myriad of public footpaths make the island very accessible.

There are plenty more photos

For Euro 2008 I tracked the odds of any of the teams winning over time. It makes a kind of fun graph:

The y-axis shows the odds (screen scraped from a betting web site… not doing that again), converted into a probability, and multiplied by 16. Why multiplied? To give a kind of “value” to each team: if you’d purchased a team for £1 in a sweepstake, then you can plot a kind of value for it over time by multiplying the odds of winning by the size of the pot (£16). Kind of.

So the fixtures are out for Hull’s first season in the Premiership and it starts with a home game against Fulham. As Richard pointed out, I should take a screen shot of the table now, as we’re currently 8th, so here we are, recorded for posterity 🙂 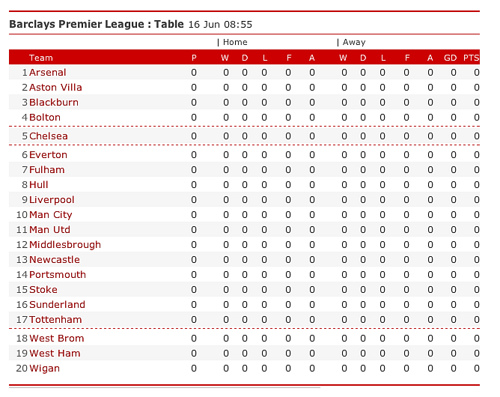 Being the geek that I am, I’ve used the BBC fixtures link, some TextMate macro generation, a bit of Excel date manipulation and some hand crafted code to generate a Hull City Fixtures iCalendar file.
There are no guarantees I’ll keep it up to date, but to the best of my knowledge it is correct today 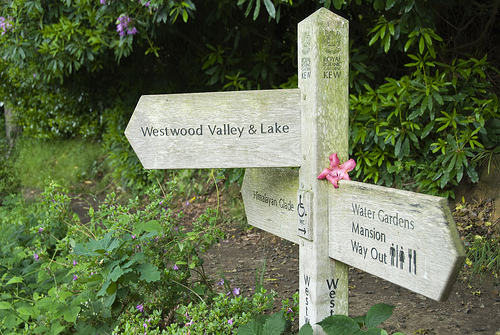 Last weekend we headed off to Wakehurst Place, a botanic garden and conservation area managed by the Royal Botanic Gardens, Kew. Wakehurst Place was added to my to-visit list earlier this year when it was mentioned at a Cafe Scientifique talk about The Flower Hunters. It wasn’t the sunniest day, but it was warm and dry and we spent a good few hours walking around the gardens. We didn’t manage to get around all of it, and in fact missed almost all of the Woodland zone – a good reason to return. 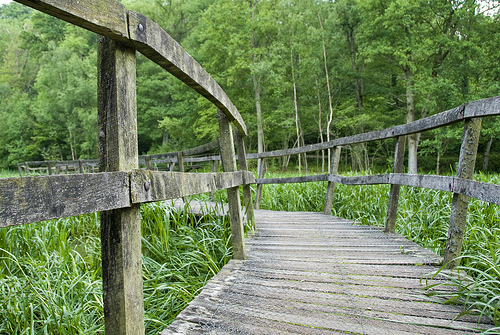 I really enjoyed the Conservation zone and walking along the raised walkway above the water. At the end of the day, and after reading a few leaflets, and finding out that we’d get our admission fee back, we decided to join the National Trust for the year – we have a weekend in the Isle of Wight and a week in Cornwall later in the year and so hope we will be able to make a lot of use of it. 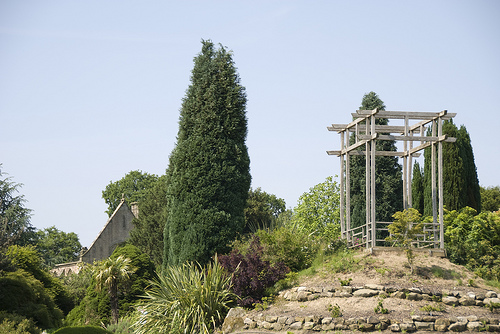 This weekend we took advantage of our new National Trust membership and visited Nyman’s – the closest National Trust property to our house (I think!) and had a very pleasant afternoon. Nymans has gardens, woodland and amazing views over Sussex and it seems to be a really great space – people were picnicking, playing hide and seek, sitting on the plentiful benches reading the Sunday paper – a really, really welcoming area. We had a short walk around and I’m looking forward to an opportunity to return and do some of the woodland walks and possibly even a visit to the house to take a look at the family rooms. 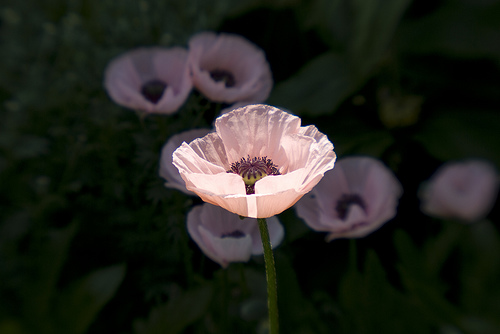 In 2006 we visited Bletchly Park, and I really recommend you head out there sometime. In fact, go soon, because we found out at the Cafe Sci talk that they have three years left of funding. Then… it’s gone.

Yesterday I received a press release which contained some worrying images of building decay. But there’s something you can do…

Every few weeks or so during summer one of the Madgex guys, Steve, organises mountain bike rides after work. They’ve always sounded a bit hard-core but this weeks was accessible for us lesser mortals (or maybe just me :-)). The hard core bunch left the office and headed over the downs via Devil’s Dyke (I think) and down to Shoreham. I got on the train and arrived at Shoreham station all refreshed and ready to pedal.

I switched on the GPS unit to start recording where we were and we headed off along the River Adur for 40 minutes or so until we got to the Bridge Inn at Upper Beeding. Here we stopped, refueled on beer, soft drinks and crisps for 20 minutes before heading back on the other side of the river and back to Shoreham. We waved goodbye to 2 of our party when they decided to head off back via Devil’s Dyke – nutters!

On getting back to Shoreham someone pointed out that actually it was only another 15 – 20 minutes to cycle back to Brighton, and would probably wind up being quicker than the train – so that is what we did.

Total (according to Sports tracker): 15.4 miles
Time (not counting the break at the pub when I paused the unit): 1 hour 48 minutes
Route: See the map

I caught up with the latest episode of shralp! yesterday and amongst other stuff they showed a teaser for a 4 minute snowboarding film “Gnar Wars“. A brilliant bit of filming, editing and riding.

Here it is in full: