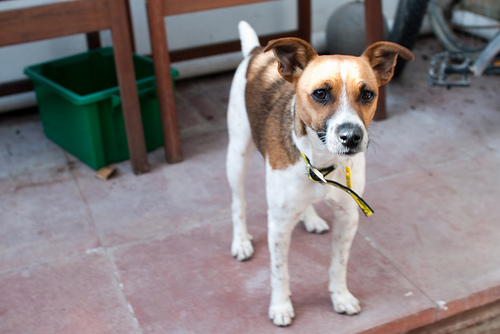 Richard and I have long talked about getting a dog, but it never felt like the time was right due to work commitments, the size of our garden, our work patterns etc. This year we decided to give it some proper thought and in January decided to go to our nearest Dogs Trust centre in Shoreham to find out more. When we talked to one of the staff they told us that there are dogs which can suit all manner of house sizes and that we should fill in the form and take it from there. We decided to do this, but to wait till after our snowboarding holiday in Morzine (on which probably more in another blog post). 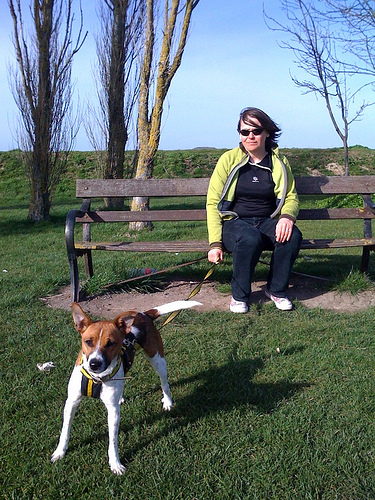 Last Sunday we headed off with our completed form in our hands and handed it in. The next stage was to go and look at the dogs in the centre and see if we there any we liked the sound and look of (each dog has an information sheet telling you whether it can live with children, and if so what age, whether it gets on well with other dogs etc). Although we didn’t need a dog that can live with children, we have family and friends with children ranging from 2 to 13 and so the children rating was important to us. We spotted a couple of dogs we liked the look of, one beagle cross and another one, and then headed back to the front desk where Emma, one of the assistants, was waiting for us. She told us more about the dogs, and neither of them were suitable, but she did have “one in the back” that we could find out more about. This dog, Skitters, had been brought back that day as the chief exerciser in her new family had been taken ill and they couldn’t look after her any more. She had been handed in to Shoreham as a stray in February, had then been adopted by her new family and handed back 3 or so weeks later. We took her out for a walk, and got on well with her. She matched our questionnaire well and we decided to adopt her. She is a Jack Russell Terrier crossed with something a bit larger judging by her size. Having made our decision the next stages for us were to take her out for a second walk, have a house visit from animal welfare who provided all sorts of helpful information including a helpful map of Brighton places which are and are not dog friendly, and attend a rehoming talk.

Having done everything necessary we went yesterday and collected her and brought her home to Brighton. We had a lovely long walk along the beach (does anyone know if sea sponges are toxic for small dogs? because she loves them…) and no sooner had we got home than she fell asleep on my lap. After lots more exploring and sniffing around the house she seems to have settled down well and is currently snuggled up on Richard’s knees looking completely at home. 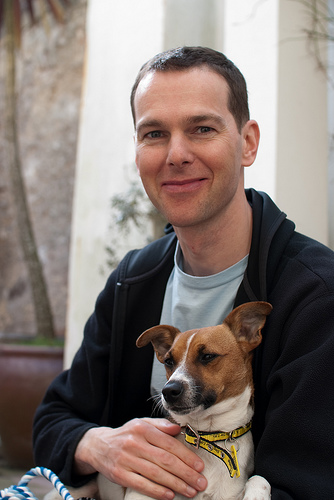 Last week was Brighton Science Festival and we managed to get to 2 events, although we did attempt a third.

The first one we attempted was the Cafe Scientifique festival special on “The Frog who Croaked Blue: Synesthesia and the Mixing of the Senses”. But we arrived too late and saw 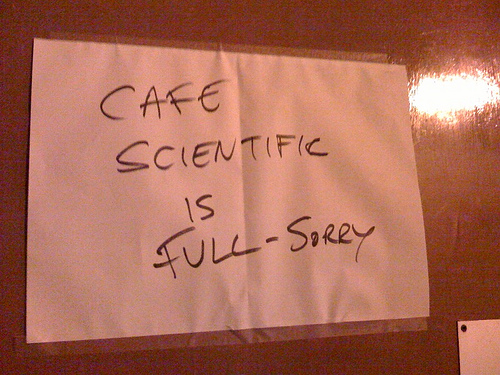 Next up was the Big Space Show which consisted of 3 parts. The first was comedienne Helen Keen performing her show It Is Rocket Science which was an amusing and quirky look at space, rockets and science. 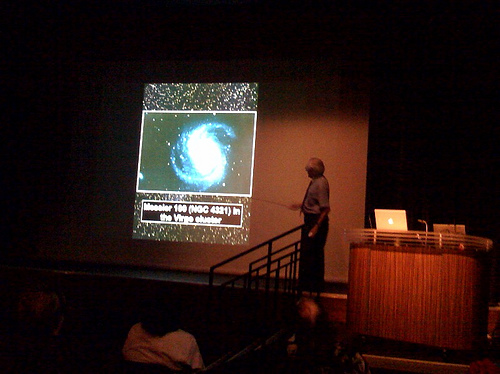 All in all, a great evening of learning.

The last event we attended was Big Science Saturday, a day of science talks and demonstrations.

Our first talk was The Science of Superheroes, a humourous and entertaining look into how the superheroes superpowers could be replicated in the real world. The most amazing of which, at least for me, was invisibility. 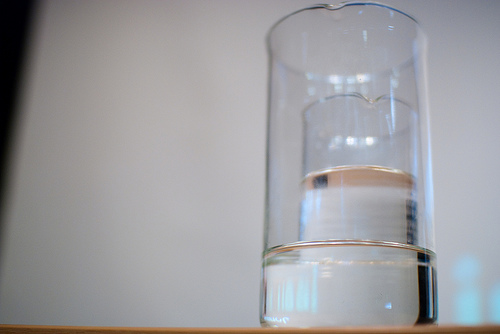 Next was Dr Harry Witchel on The Secret Language of Negotiation which was an interesting introduction to tells and signs with some video footage to back these things up. 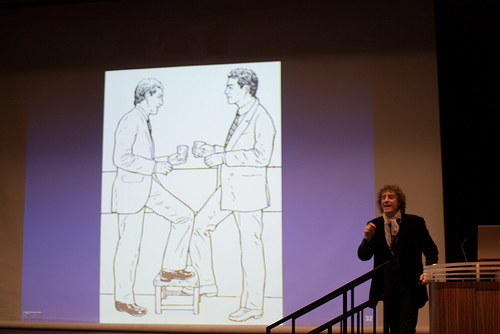 Final talk of the day was Ben Goldacre who allowed the audience to choose which talk he should do in a “choose your own adventure” style. He was fascinating, passionate and knowledgeable and we’ve since bought a copy of his book to peruse in our own time. Highlights for me were the formulas of “how to 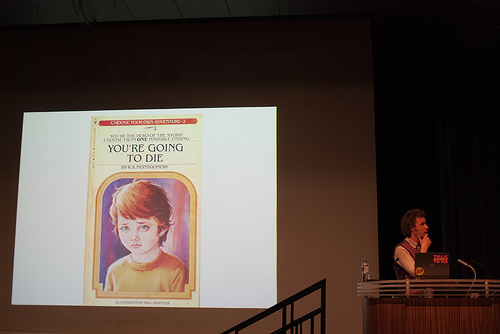 If my teachers at school, or at least one in particular, had shown as much passion for his subject as the speakers did I might have managed to leave school with a science qualification. As it was, my Physics teacher announced on the first day of our GCSE course that “as far as I’m concerned women are only here to give pleasure to me and give birth to my children and I don’t see why I should teach you physics” which I’m sure you’ll agree is a great start to a 2 year course and something that affected my relationship with science. These type of events are a great way for me to reconnect.