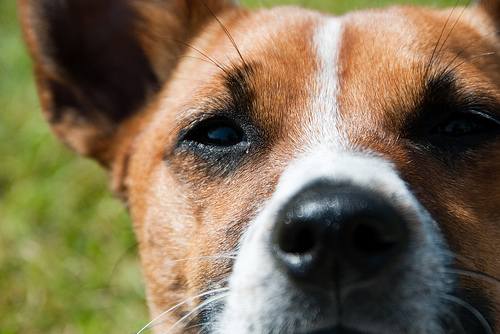 It is 8 weeks since we brought Skitters home and she has settled in well. In that time, we’ve become really interested in low tide times (because sand appears near the West Pier and Skitters can have a great run), we’ve tried out lots of treats and come up with a short list (dried liver, sausages and schmackos), Richard has taught her to fetch, and a combination of me and Richard’s Dad have taught her to shake hands. 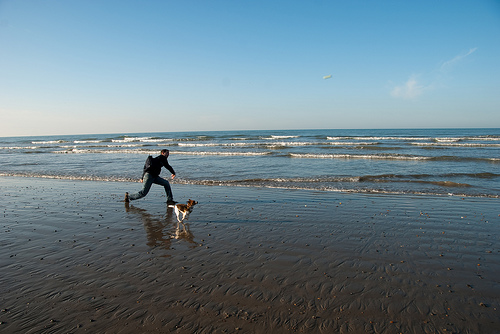 Skitters has visited Hull, and met my Dad, and she’s been to Margate and met Richard’s family. She travels well, and settles down and sleeps in the back of the car. 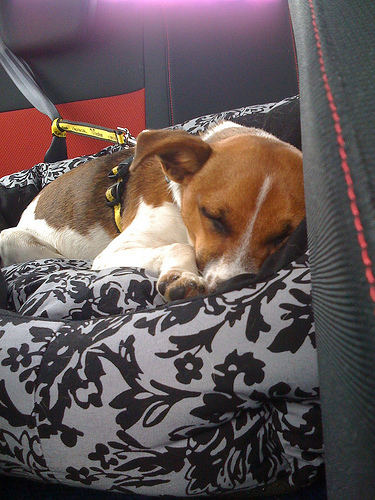 We have both increased our exerise, I’ve decided not to run the 10K I was planning to in July because I just don’t have the spare energy at the moment. I’ve tracked a lot of walks on my Garmin Forerunner watch and know that I’m averaging about 20 miles per week. Some of the favourite spots are Stanmer Park and the woods beyond (1, 2, 3, 4), the River Adur (1, 2), and any beach (1, 2, 3, 4, 5). 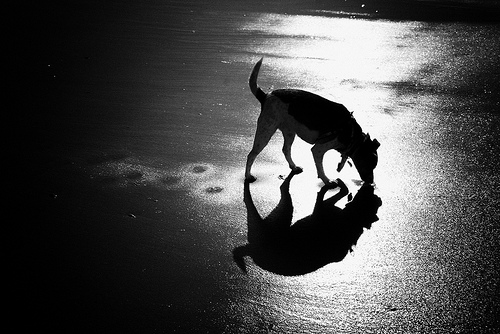 We’re on to leads number 3 and 4 after she chewed her way through 2 retracting leads. She now has a shortish lead, that matches her collar, for when she’s the dog-around-town, and a 10m long line for when we’re out and about and there are too many interesting smells around to let her off the lead. Yesterday we lost her for a while as she’d gone sniffing in amongst some brambles, she seemed to have got stuck and we were trying to work out how to get her out, when Richard spotted her running off. Somehow she’d managed to get out of her harness, without undoing it (the straps have been tightened up now!). She ran off and ended up in a field of horses before trying to find her way back to us – which she did, covered in mud and looking absolutely exhausted. But this goes to show that she’s not ready to be off the lead all the time yet – she still prioritises rabbits, squirrels and birds above us.

So, in 8 weeks I’ve spent less time at the keyboard, spent a lot of time learning how to take photos of a small dog, and have had a lot more exercise and seen the beach in a morning a lot more. It has been great fun.