Apologies for my first experiments using Soundtrack for the “music”.

You can see a higher-quality version at Blip.TV. 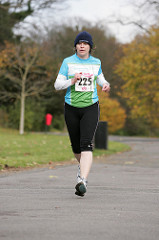 It is now 2 weeks since the race, and yesterday I wrote a cheque for the cash sponsorship and sent it off to the Alzheimer’s Society. Between the online and offline sponsors, I managed to raise £625, a figure I’m really, really pleased with, so Thank you all again. Not bad for 21 minutes and 42 seconds worth of activity (if you exclude the training that is!) – it works out at 48p per second.

I suspect I will do another race at some point (so start making your excuses to avoid sponsoring me again now), but at the moment I’m trying to work out whether to continue my training to get faster at doing a distance I know I can do (5K) or whether to increase my target towards doing a 10K. All advice welcomed. 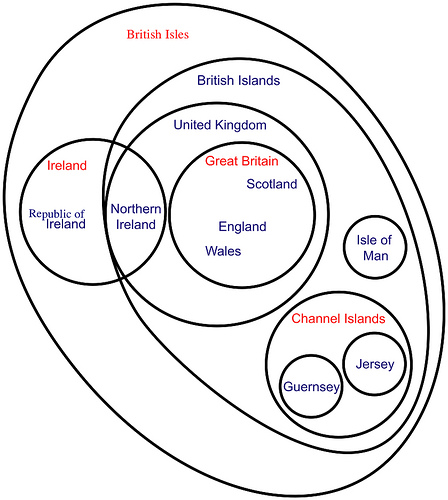 I was looking for this the other week to sort out some terminology. And, of course, someone had it set out on Wikipedia.

Is there anything more pleasing that a lovely graph? Probably… but anyway it’s good to know that The Economist churns them out with some regularity. I’m currently a bit partial to this one (which I’m calling “The Ballerina”, but that distracts from it really): 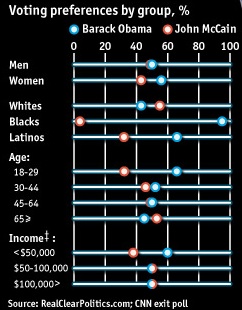 Taken from “How the race was won“. You can see more of these over at The Economist Daily Chart page.

For a long time I used Quicken for personal finance stuff, and eventually for freelancing too. It did the job quite nicely for a while, but I hit a few blocks with it: the upgrades promised more than they delivered; the data format was so stupid it was effectively impossible to move to different software; and then they dropped support for the UK. When I moved to the Mac I discovered the Mac version was just terrible, so for a while it was the only Windows app I was stuck with. This was all some years ago.

The solution we ended up with is Moneydance. I’ve been using it now for at least a couple of years, and it’s worked out really well as a personal finance replacement for Quicken. It runs on the Mac, Windows, and Linux so no problems moving between operating systems. It’s sane. It works.

It’s weakness was in invoicing, and for that reason, I’ve never used it for business. It does VAT, it does produce reports, so you can use it for business, but I wanted a more complete package for business, so I’ve settled (again, for some years) on using MYOB. I find it a bit of odd in places but I think that’s more to do with accountancy than software. Unfortunately, I’m uncertain what’s happening with MYOB right now: looks like they’ve been moved to someone called Mamut, and I don’t know what the plans are there.

So whilst I can’t really suggest you look at MYOB (in the future I’ll be looking to move to something more on-line, I suspect), Moneydance has been an absolute star.

A few weeks ago I blogged about my intention to run the Brighton Phoenix Preston Park 3.8k to raise money for the Alzheimer’s Society. Well, that was today, and I’m still in one piece. I had some excellent supporters, both family and friends, cheering me around the park and have a collection of photos taken by my Father In Law and by Richard. So, here’s the story:

We arrived at Preston Park in time to watch the Men’s race start at 2pm and my first job was to go and collect my number. 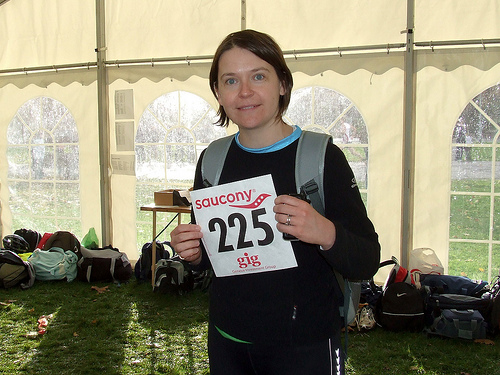 We lined up at 3pm, and were ready to go and I was amongst a lot of club runners — I’d say at least 75% of the participants were associated to some club or other. This was somewhat intimidating. 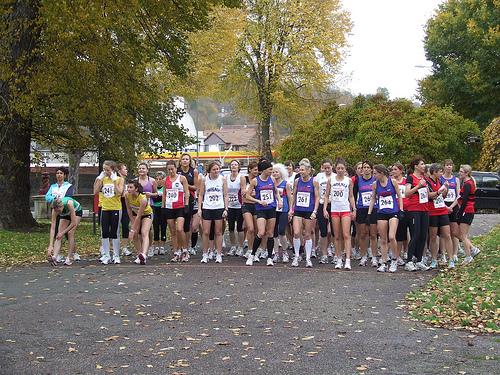 The race was twice around the park. The majority of the runners had gone off at a speed far quicker than I could keep up with so I let them go, but I think I was still running a bit faster than my usual pace. About three quarters of the way around the circuit, Richard took the following photo. 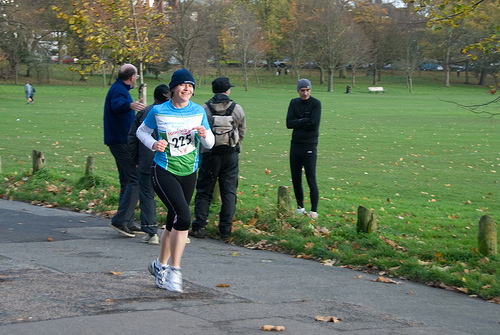 A futher circuit and I managed to overtake someone just before the final stretch and finished as strongly as I possibly could doing the race in 21 minutes and 50 seconds according to my GPS trace. This was a couple of minutes quicker than my practice run a few weeks ago, so I was delighted with myself. 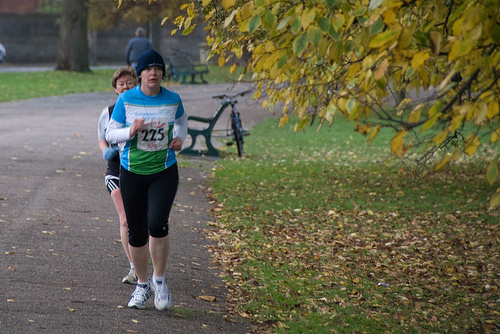 Only the top 32 times were listed today, but apparently the rest of the results will be available on the website during the week. I’ll post my final time when I know it. I enjoyed the race, well I enjoyed the race being over, and having a good excuse to eat cake :-). The race marshalls around the course were great, and always had a word of encouragement, as did the other supporters around the park, all of which made a big difference. 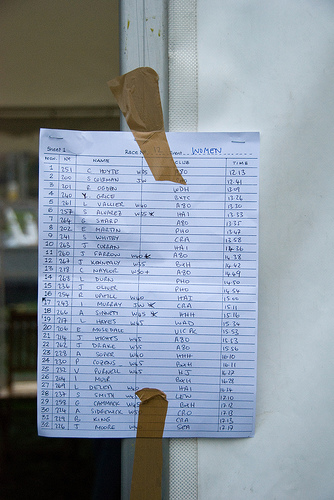 Finally a big, big thank you to everyone who sponsored me to do this run: you really helped me to keep getting up and out there for a run when the mornings have got colder. As I write this I’ve raised £575. According to the fundraiser’s pack that the Alzheimer’s society sent me this helps as follows: