For many years I’d been intrigued by the idea of heading off in a VW Campervan and last year I decided to investigate it a bit more and see if I could find one I could hire for a weekend that would allow us to have the dog in there with us. CampinaVDub had been mentioned in a copy of out & about magazine so I investigated, found that they were based in Surrey, had availability for the weekend we’d got pencilled in and were happy for us to bring Skitters along with us. 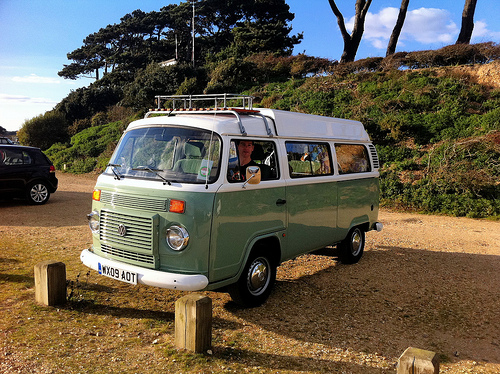 We collected Daisy on a Friday afternoon in October and headed down to Durdle Door in Dorset. I’ve never driven a campervan before, and although this was one of the new Brazilian ones, it was still quite a different experience to driving our normal car. In fact, if I recall correctly I drove us to a Service Station just off the M3 and then Richard took over to drive us into Dorset. We turned up at the Durdle Door Holiday Park without reservations and got ourselves a pitch with no problem at all and proceeded to try and work out where everything was stowed (the van was really well stocked, it was just a matter of being organised and trying to work out where everything had been hidden) and then had a fight with the thermal window covers which were a total pain. We got dinner from the on-site pub but had to eat outside as they weren’t dog friendly indoors – this wasn’t great obviously but fortunately it was dry and not too cold. 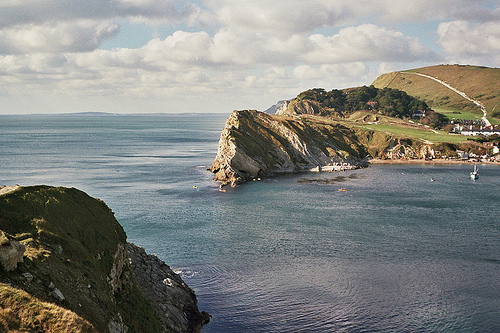 The following day we headed out for an explore of the beautiful Durdle Door and walked down the coast to Lulworth Cove. Durdle Door was another of the beaches mentioned in the Top 10 dog-friendly beaches list (we’d already done 4 of them).

When we got back to the van we discovered that we’d gained a huge van next door, it was truly a case of little and large. At least ours was easier to manipulate, although I suspect their one had more home comforts. 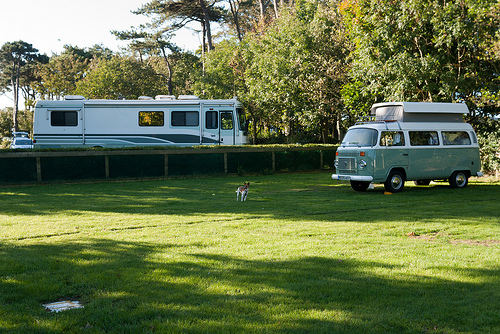 We headed back down to Durdle Door in time for a beautiful sunset. 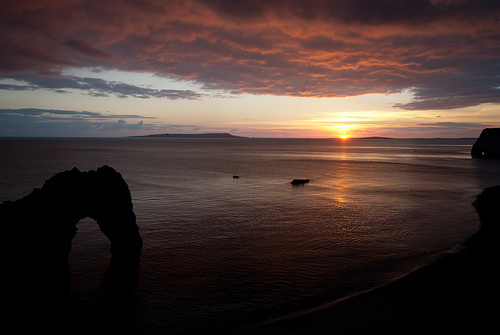 Skitters settled herself down for the evening, choosing to sit at the back in amongst the bedding and blankets. 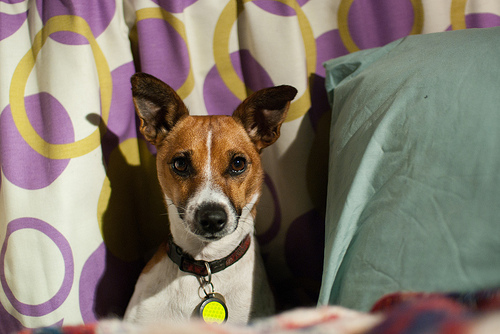 On the Sunday we packed up and left Durdle Door and headed towards the New Forest via Lepe Country Park (another beach mentioned in the dog friendly beaches list) where we had a lovely long walk along the sea edge, and grabbed some lunch before driving on to the New Forest. 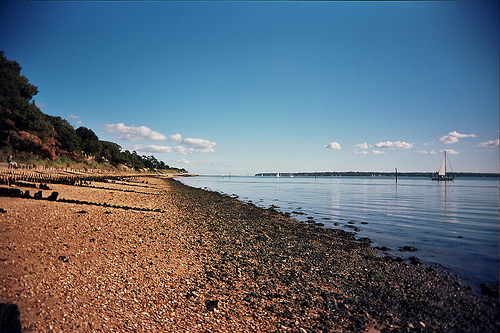 We spent the night at the Holmsley Caravan Park and Campsite which was basic but fine, and to be honest, as we had to have the van back at 11am on the Monday morning, we didn’t need much in the way of facilities.

Renting a campervan isn’t a cheap option but it was fun. By October the season is coming to an end, so a lot of the facilities at the caravan sites were closing or closed (for example the New Forest one only had one toilet block open). It was also starting to get quite chilly at night by October so the early mornings were a bit of a shock. We learnt after our first night that we needed to be pretty organised to not get in each others ways and to make sure that our early mornings involved freshly made tea without a large amount of swearing. All in all, a fun adventure, and one that I’d like to do again, but probably in June/July time instead.

Previously on “Jane on the radio”… we’d discovered a recording of Jane’s christening. Now we have the photos to go with it: 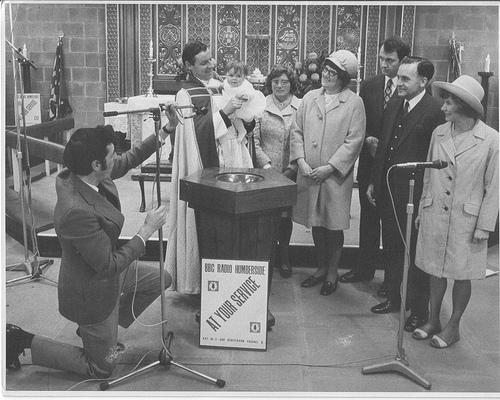 The write-up in Ariel, the BBC internal magazine, said:

Baby Jane made a name for herself last month when her Christening service was broadcast on Radio Humberside.  The Christening, at St Nicholas Parish Church, Hull, coincided with the time of Humberside’s regular Sunday morning United Acts of Worship.
It came as a happy surprise when the Vicar told Humberside staff: “We are doing a Christening this morning. Do you mind?” Humberside Station Manager John Cordeaux was delighted. And baby Jane Fothergill was the ideal ‘star’ — well behaved, but making just enough baby noises to make her presence felt.
In the picture, Engineer Garry Heeley is adjusting the microphone at the font with Miss Fothergill about to be given her name by the Rev Christopher Hawthorne.