After our initial stop-over in Hong Kong, and then 2 weeks in Sydney, our final stop-over was Tokyo. Our time here was limited so this was a convenient way to get a taster, before deciding whether to spend more time in Japan some time in the future.

We arrived at Narita airport at 6am-ish on the 14th January 2010 to an outside temperature of -2 deg C, quite a shock after the (at least) 20 deg C of Sydney. This is a pretty ridiculous time to arrive in any city. Our main priority was to get into the city centre, and get to Shinjuku, the area our hotel was in. A small amount of research done on the flight, using the Lonely Planet “print and bind” guide we’d got at Sydney airport, had pointed us in the direction of the Narita Express train service, and the Suica pre-paid travel card which we could use for one airport to city journey, and for travelling around Tokyo. We had an hour or so wait for the train, so ambled around the airport, sampling coffee and tea and generally killing time whilst waiting.  I spotted this lonely little bear looking rather lonely and thought he ought to have his photo taken. 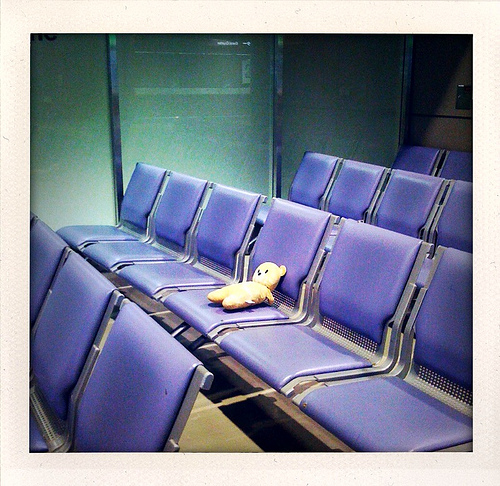 We arrived in Shinjuku station, and followed the signs to our hotel where we dropped our bags off but were told we couldn’t get our room until 2pm or so.  So, we decided to make the most of our limited time and get straight on with exploring. 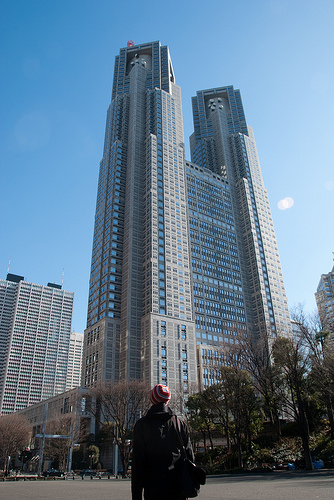 So, after a quick breakfast we headed off to the Tokyo Metropolitan Government Building to get a (free) view across the city.  As I’ve mentioned before, one of our strategies is often to start our trip to a new city with trying to get to the top of a tall building to get a birds eye view, and the beginnings of our bearings. The Government building was only a short walk from the hotel, so proved perfectly placed for our first exploration. 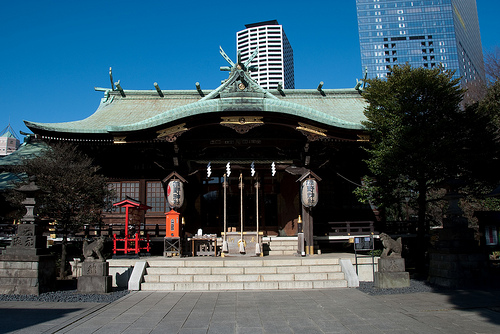 From the tower, we spotted the Shinjuku Central Park area nearby and so headed off to investigate it, discovering the Kumano-jinja shinto shrine within it. 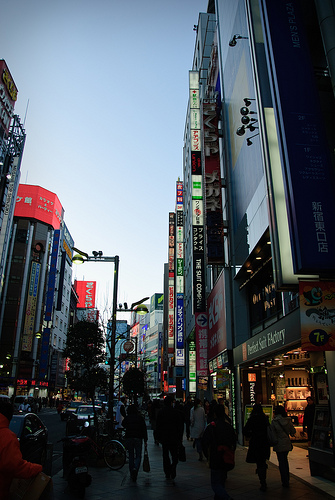 Our next mission was lunch, and so we headed back finding a place in the station complex which seemed busy, and reasonably priced. We also took a break to check in at the hotel, freshen up and unpack before heading back out to see what the more commercial areas were like, and having our first experience of getting horrendously lost in the rabbit-warren of passages beneath Shinjuku Central Station. We wandered around quite a few of the vast department stores, being completely fascinated by the sheer amount of wonderfully presented items in the Isetan food hall.  Our next attempt was to head to the Shinjuku Gyoen National Garden but we’d left it too late, and we arrived just as it closed, as it seems to close at around 4.30 pm all year around. 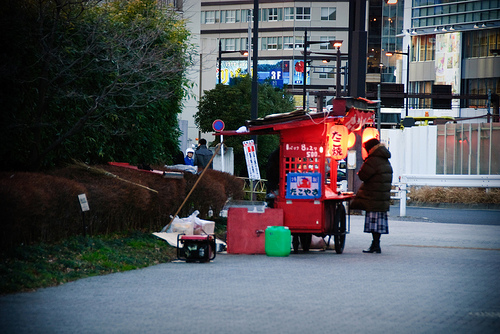 The Keio Plaza hotel has a bar area at the top of one of the towers which serves beer and light snacks, and it is here we found ourself that evening planning with great care the places we wanted to get to the following day. With such a limited amount of time available to us, we wanted to get the most out of it that we could, but without exhausting ourselves completely, so planning was essential. 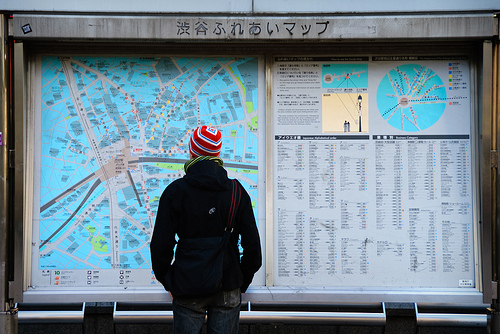 Our only full day started with us heading to Shibuya and after a little time watching the crossing, and finding the statue of faithful dog Hachikō we headed off in search of Kiddyland to go and spend some time browsing through the toy store. My main purchase was a new camera, no real surprise I guess, but I left clutching my new Superheadz Blue Ribbon along with a few odds and ends as gifts for friends and family.

From a shrine of toys, to a true shrine, our next stop was to the Meiji Jinju Shrine, a Shinto shrine that is dedicated to the deified spirits of Emperor Meiji and his wife, Empress Shōken.  This shrine is situated in a large amount of forest area, and is a beautiful and peaceful place to spend an hour or so. 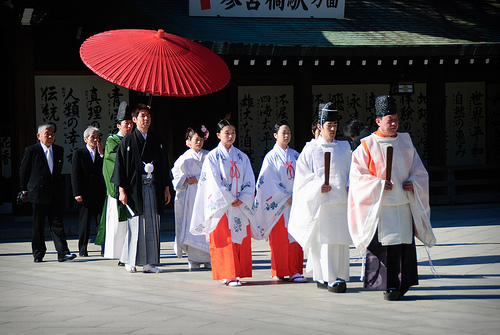 Whilst we were at the shrine, we had the pleasure of watching, and in my case photographing, a wedding procession. 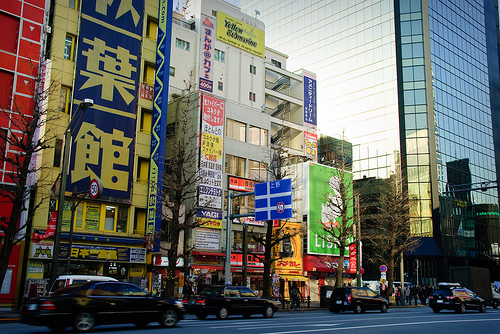 After all of that culture, our next stop was Akihabara Electric Town to explore what gadgets and gizmos were available.  We managed to keep our credit cards in our wallets and definitely restricted ourselves to window shopping. 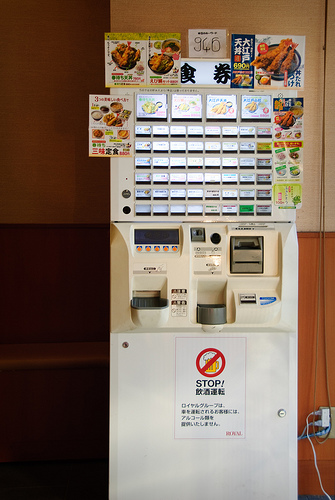 Hunger struck us at this point, and after a quick wander around we managed to find a great tempura place with a unique, at least for us, way of ordering food. Press buttons which are either covered in illustrations (good for us Brits) or script, enter some money and get receipts. These receipts are then taken by the waiting staff and food arrives. 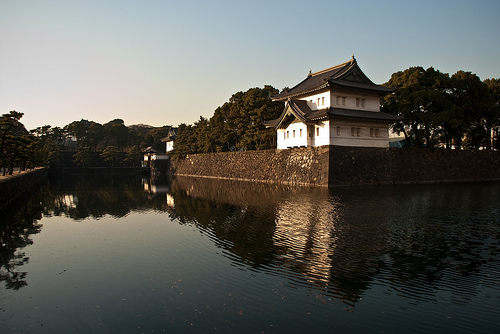 We then attempted to get to the gardens of the Imperial Palace, but we were about 15 minutes late getting there so headed straight off towards Ginza where we explored the Sony store, the Leica showroom and various other interesting places before heading back to Shinjuku. 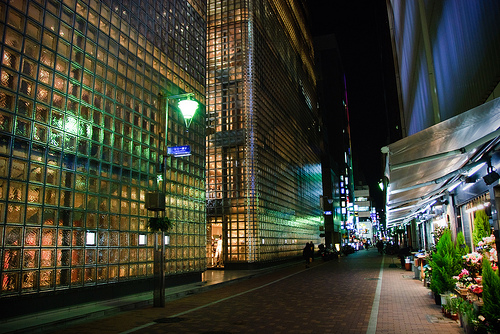 We finished our final evening in a conveyor belt sushi place in Shinjuku, where we were adopted by a Japanese gentleman who was keen to ensure we had the best experience possible.  He remained concerned that we weren’t eating enough, and when we looked around us at the other patrons and the amount of empty plates they had stacked up, we began to realise why.

Our airport bus left the hotel at 6am the following morning, and after a quick breakfast in the airport we were on a flight heading back to the UK armed with memories, souvenirs and lots of photographs.

As with Hong Kong and Sydney we used a lot of iPhone apps to get around Tokyo, but also found the Lonely Planet guide which we’d purchased in Sydney airport to be very useful, and being unbound and in a cardboard folder, quite discreet.

Tokyo was a wonderful place to spend some time, but 50 hours was far too short, I could easily have spent another couple of days there without running out of things to see and do. Although it was cold, the air was crisp, the skies were blue and the light was amazing for photography. I’d love to return to Tokyo, and Japan sometime, probably combining some more sightseeing with some snowboarding. I found the whole experience exiting and exhilarating, with a slight feeling of being in the film set for Lost in Translation.  Recommended.