I’ve always loved beaches, holidays as a small child were always in Bridlington, East Yorkshire, and holidays as an adult have often involved Cornish coast and the like. When we got the dog, it was fairly obvious that beaches needed to be involved. After a quick search, I found a really useful resource from the Times Britain’s 10 best dog-friendly beaches and over the past 18 months we’ve visited 4 of them, with another couple in the plans for the not too distant future. 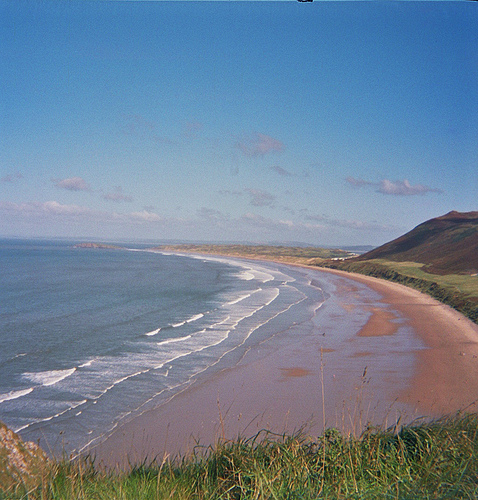 A beautiful, long beach in a really dog friendly part of the world, the Gower peninsular where there are lots of dog friendly beaches to choose from. Other favourites in this area were Oxwich Bay, Three Cliffs Bay and the tree lined Whiteford Sands. 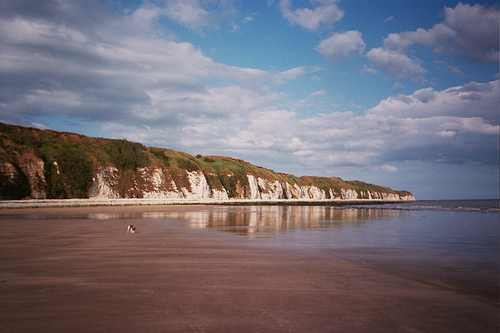 Despite having been brought up in Yorkshire, I don’t recall ever going to this beach having, as a child at least, being more frequently found in Bridlington. It is situated at the bottom of a woody path, and is quite a lovely beach. The other beach we enjoyed a lot in the area was Filey which is dog friendly from the edge of Filey itself, all the way past Hunmanby for about 5 miles. 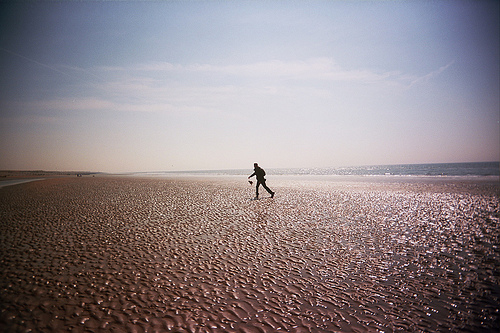 The only one of the list that we’ve visited more than once, and this is mostly due to it being only an hour and a half or so away from home. A lovely long sandy beach. Our last trip was at the end of April, when we stayed in the lovely Ship Inn, Rye and made the most of the full extent of the beach before the seasonal dog restrictions (May – September) come into play. 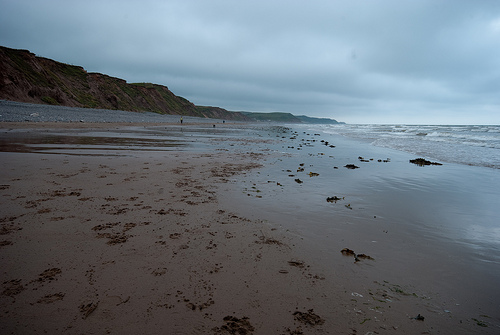 After having watched a BBC programme about Wainwright’s Coast to Coast walk, and taking an opportunity whilst in East Yorkshire last summer to walk a little bit of the end part, it seemed only right that we should visit St Bees whilst in the Lake District for a holiday this summer. So we did. This beach had a lot in common with Filey, having a mainly earth basis for its cliffs and was very much enjoyed by Skitters.